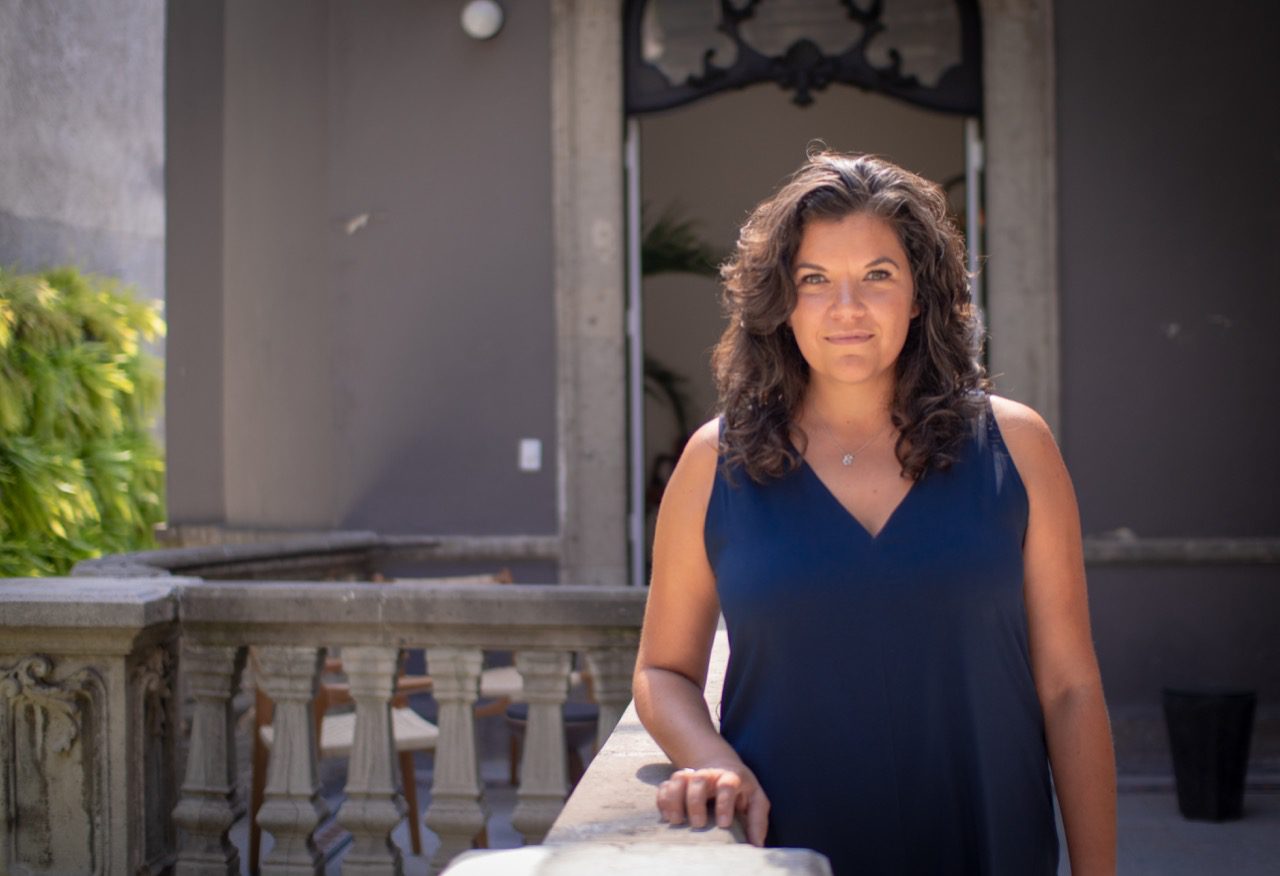 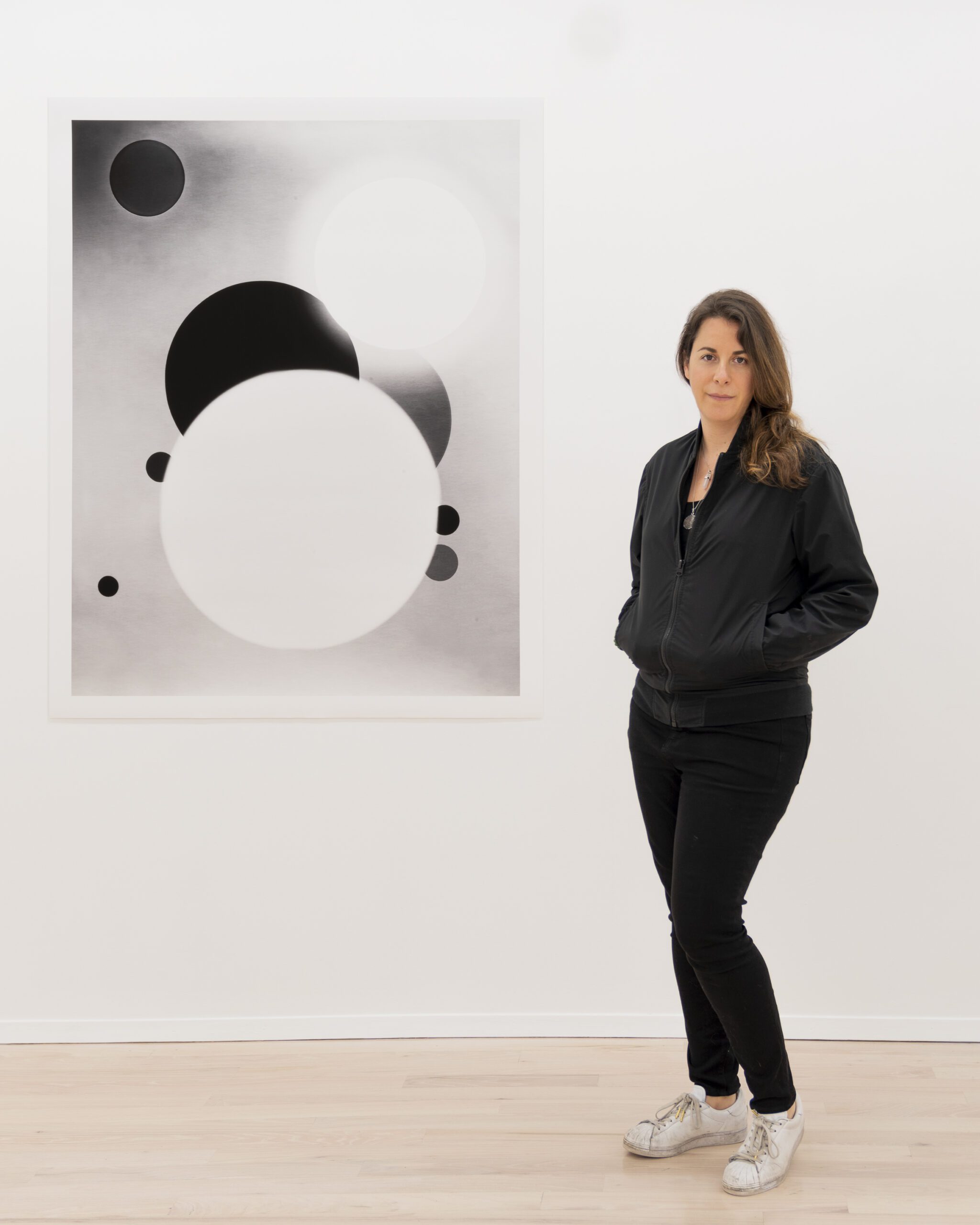 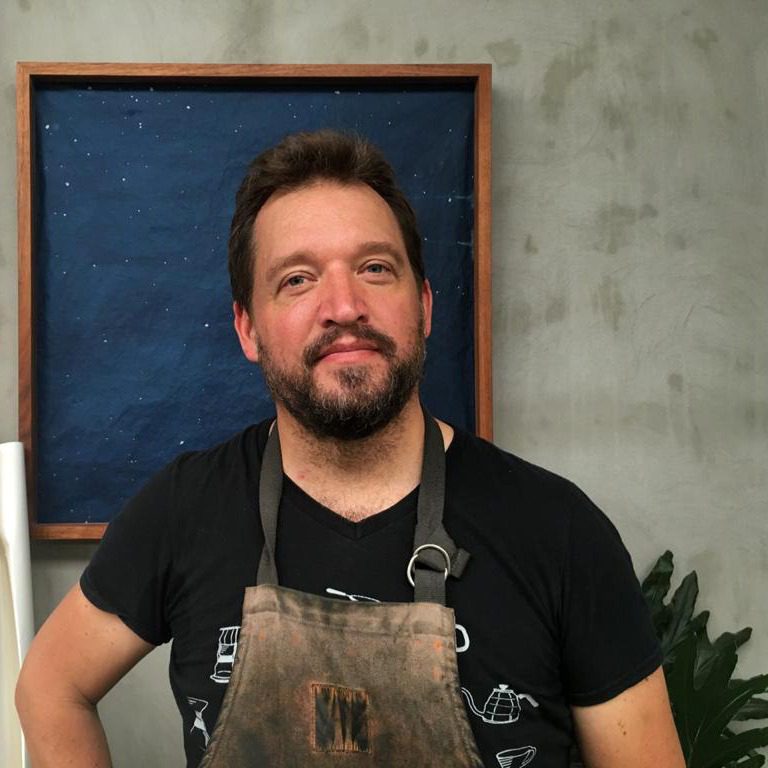 Born in Brazil, Andrea Martínez received her bachelor’s degree from the National School of Painting, Sculpture and Printmaking “La Esmeralda” and participated in the seminar on contemporary photography at Centro de la Imagen, Mexico City. In 2015 and 2017, she was the recipient of the prestigious Young Creators Grant from FONCA (Fondo Nacional para la Cultura y las Artes).  Martínez exhibited widely in Mexico, including prestigious venues such as Museo Experimental El Eco (2017) and Museo de Arte Moderno (2019), and showed in Kunstraum SUPER in Vienna, Austria (2019) and the Museum of Human Achievement in Austin, TX (2018). She has been artist in residence at the Banff Centre in Canada (2013), the Onoma Fiskars AiR in Finland (2015), and Unlisted Projects in Austin, Texas (2018). She is currently an educator at Centro University in Mexico City.

Fabiola Menchelli received an MFA in Photography and Visual Arts from the Massachusetts College of Art and Design and a BFA in Computer-Mediated Arts. Her most recent shows include Parallax at Proxyco Gallery (New York City), Arróniz Arte Contemporáneo (Mexico City), Marshall Contemporary (Los Angeles),  Black Box Projects  (London), Fundación MARSO (Mexico City), Casa Wabi (Mexico City), Blain Southern Gallery (London), Brett W. Schütz Gallery (Mexico City), Paris Photo 2018 (Paris), and Photo Dubai (Dubai). She has participated in distinguished artist residencies such as Skowhegan School of Painting and Sculpture, Bemis Center for Contemporary Arts, Casa Wabi, Casa Nano and will visit Unlisted Projects in Austin, TX, in 2021. She is a recipient of the Fulbright–García Robles Fellowship (2011), the acquisition prize of the XVI Mexican Photography Biennial at the Centro de la Imagen in Mexico City (2014), and the National System of Art Creators Grant from FONCA in Mexico. Menchelli has taught and lectured widely, including at Reed College in Portland, OR, University of Cincinnati, Academy of Visual Arts in Mexico City, CENTRO University for Design, Film, and Television, Massachusetts College of Art and Design, and Universidad Iberoamericana. With Lecaromo, el Círculo de Crítica de Obra, during the pandemic she developed a fully funded photography workshop for Latin American artists.

Born in Mexico City, Miguel “Mike” G. Counahan studied architecture at the National University of Mexico, fine arts at the National School of Painting, Sculpture and Printmaking “La Esmeralda”, and received a master’s degree with honors from the Autonomous University of the State of Morelos. He has exhibited in solo and group shows in Mexico, Ireland, United States, Argentina, Brazil, and Uruguay. Counahan was the winner of the XVI National Prize in Engraving “José Guadalupe Posada,” and participated in the residencies at the Banff Center, Canada (2011) and Casa Wabi (2019). He owns a workshop dedicated to the research and recovery of old photographic and printmaking techniques.

Leslie Moody Castro is an independent curator and writer whose practice is based on itinerancy and collaboration. She has organized, produced, and collaborated on projects in Mexico and the United States for more than a decade. She is committed to creating moments of artistic exchange and dialogue, and as such is a co-founder of Unlisted Projects, an artist residency program in Austin, TX. Her critical writing is also reflective of her commitment to place. In 2017, she served as Curator and Artistic Director of the sixth edition of the Texas Biennial, and was recently the first invited curator in residence at the Galveston Artist Residency. Her curatorial projects received two grants from the National Endowment of the Arts (2016, 2017). Moody Castro earned a Master’s degree at The University of Texas at Austin in Museum Education with a portfolio in Museum Studies in 2010, and a Bachelor’s degree in Art History at DePaul University in Chicago in 2004. In addition to her firm belief that the visual arts create moments of empathy, Moody Castro also holds firmly that mariachis make everything better.

View the Exhibition by Appointment

Admission to HCP is free and by appointment only. Using the button below, schedule your 45-minute appointment in advance to view A Composition of Possibilities in person during the following gallery hours:

A limited number of free virtual tours are available for schools and community partners. Please email Natalie Rodgers at natalie@hcponline.org for details and to make an appointment.

For questions about this exhibition, please contact Samuel Rhodes, Exhibitions Assistant, at samuel@hcponline.org or 713-529-4755.