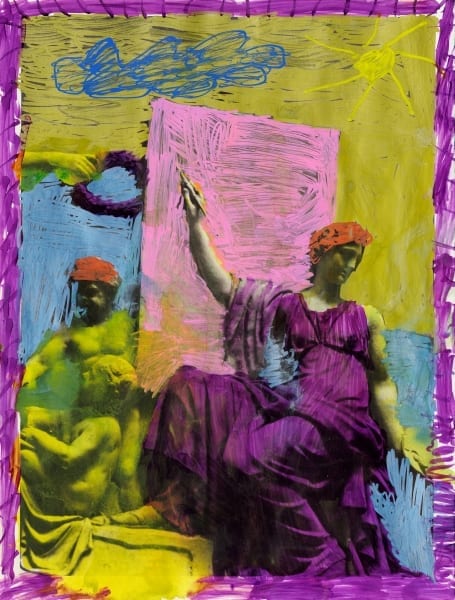 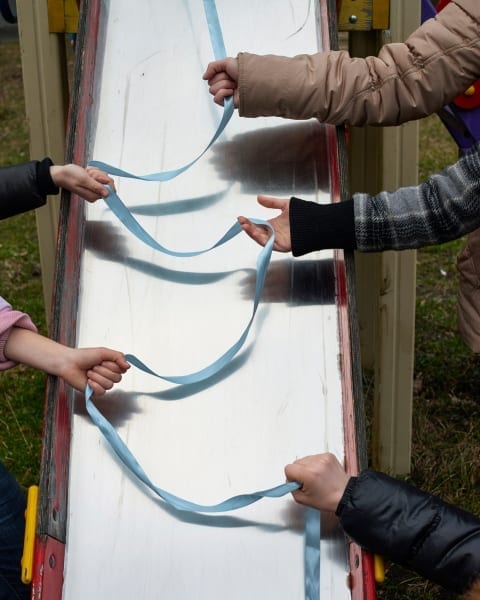 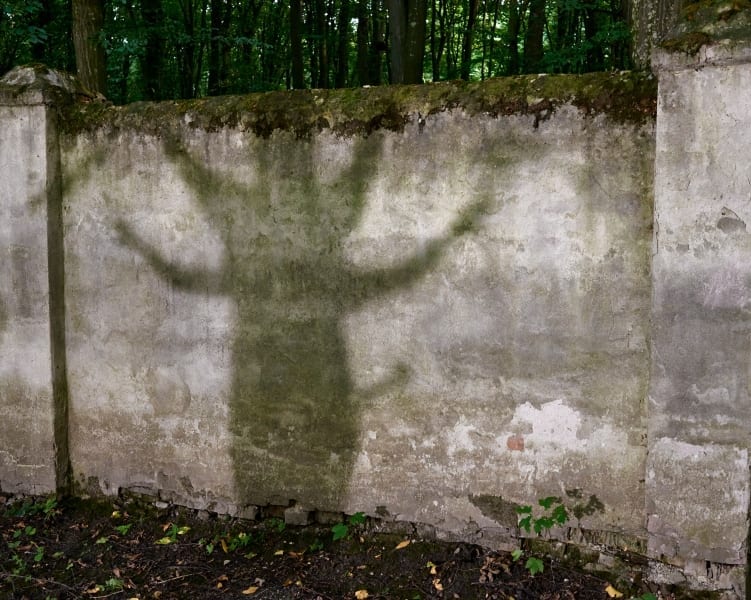 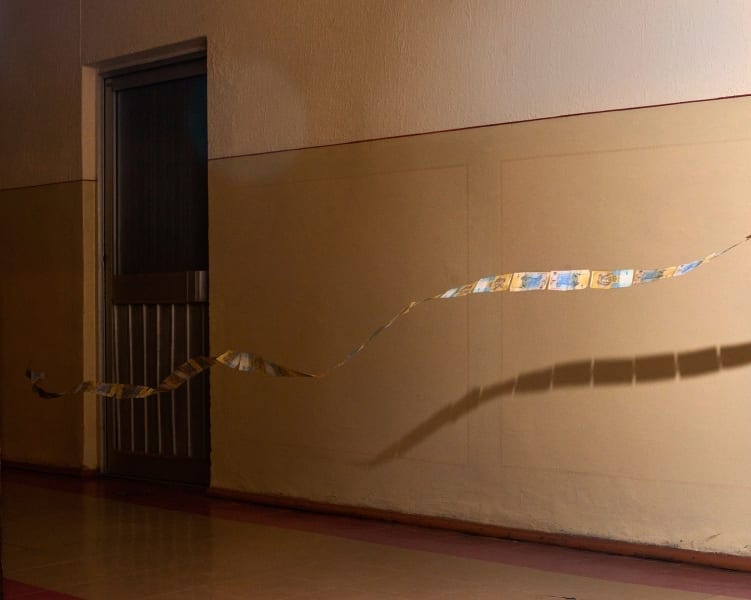 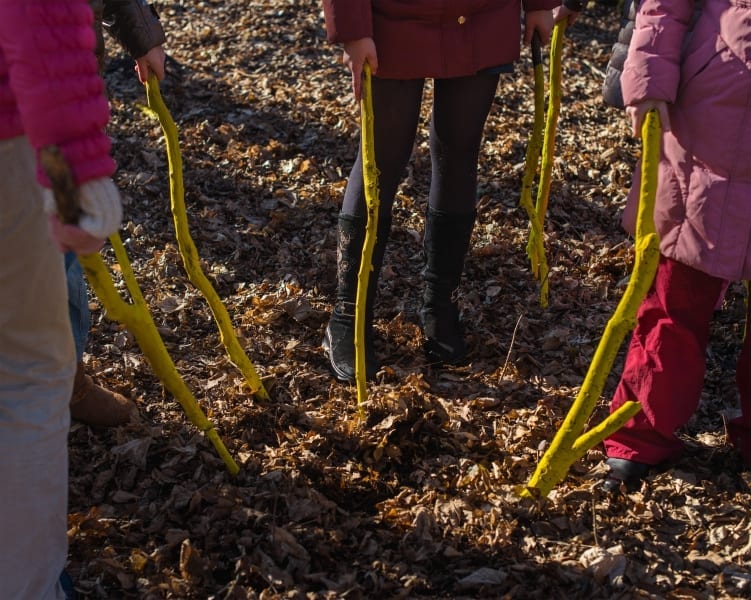 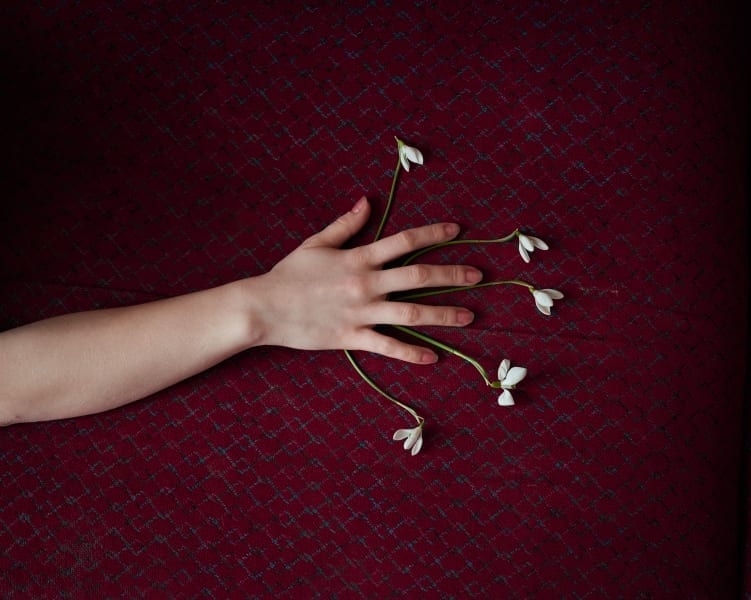 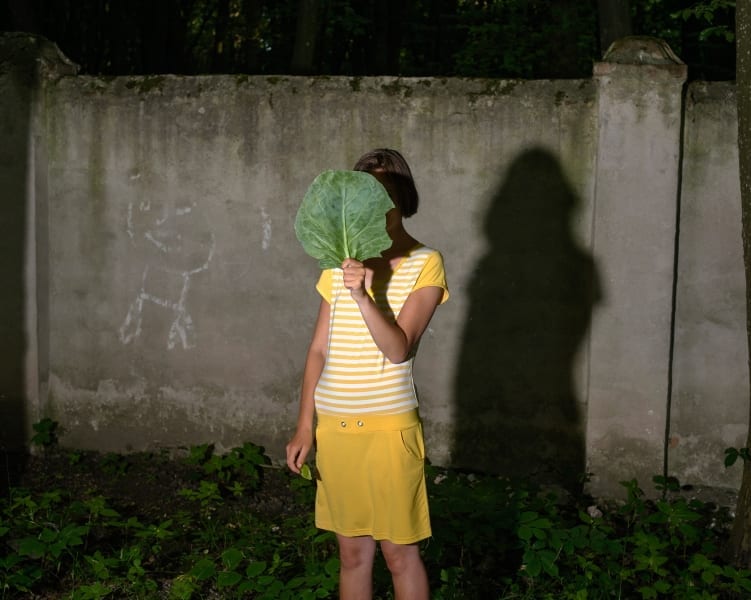 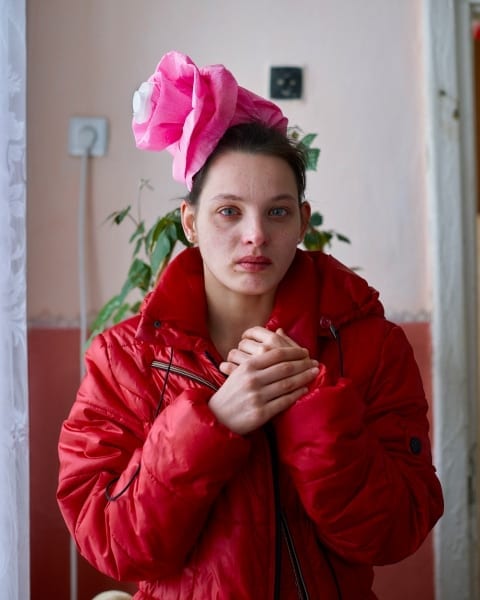 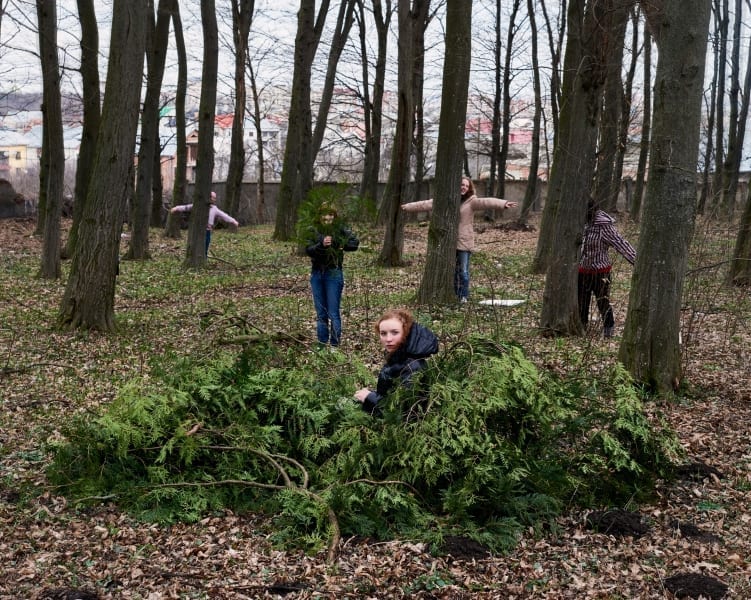 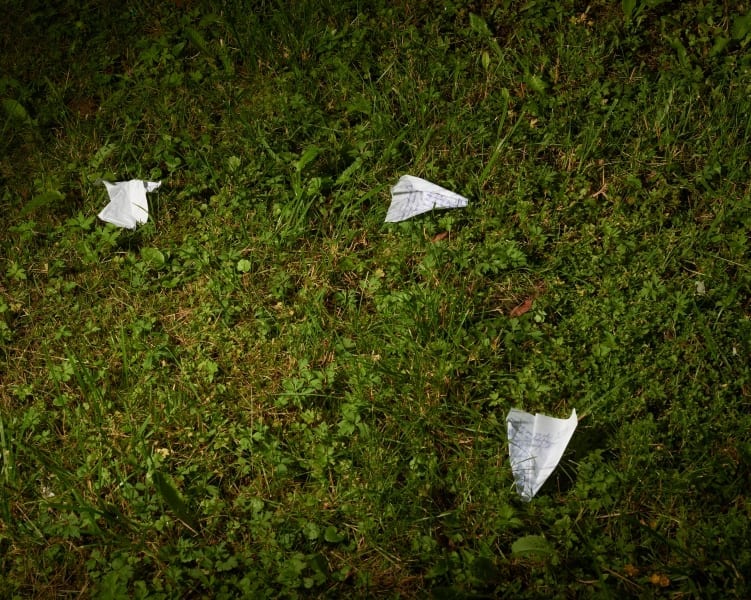 The Internat series was made at a Soviet-era orphanage designed to protect and provide shelter to girls marked as disabled. I actively collaborated with the residents, drawing ideas from fairy tales, and seeing where our joint aspirations led while passing time in the seclusion of the institution. Nature, real-life activities, and the thick walls surrounding the facility became vehicles for exploring questions about control, the imagination, and the construction of normal female behavior. The confinement of these women at times results in a sense of communal empowerment.

The artwork paired with the photos was made over the pages of a book about Taras Shevchenko, a 19th century Ukrainian artist, ethnographer, serf, peasant, poet and imprisoned political figure who is widely revered today. I invited the women to paint on the artwork made by Shevchenko and his male contemporaries, re-imaging the published pages of history. In doing so they became artists, creators, ethnographers, and designers themselves.

The images were made between 2014 and 2016, but my involvement with the women began years earlier when I was living in the region and first met and photographed the girls as children. I returned in 2014, expecting that they would have graduated out of the orphanage, but found most of them still living there.