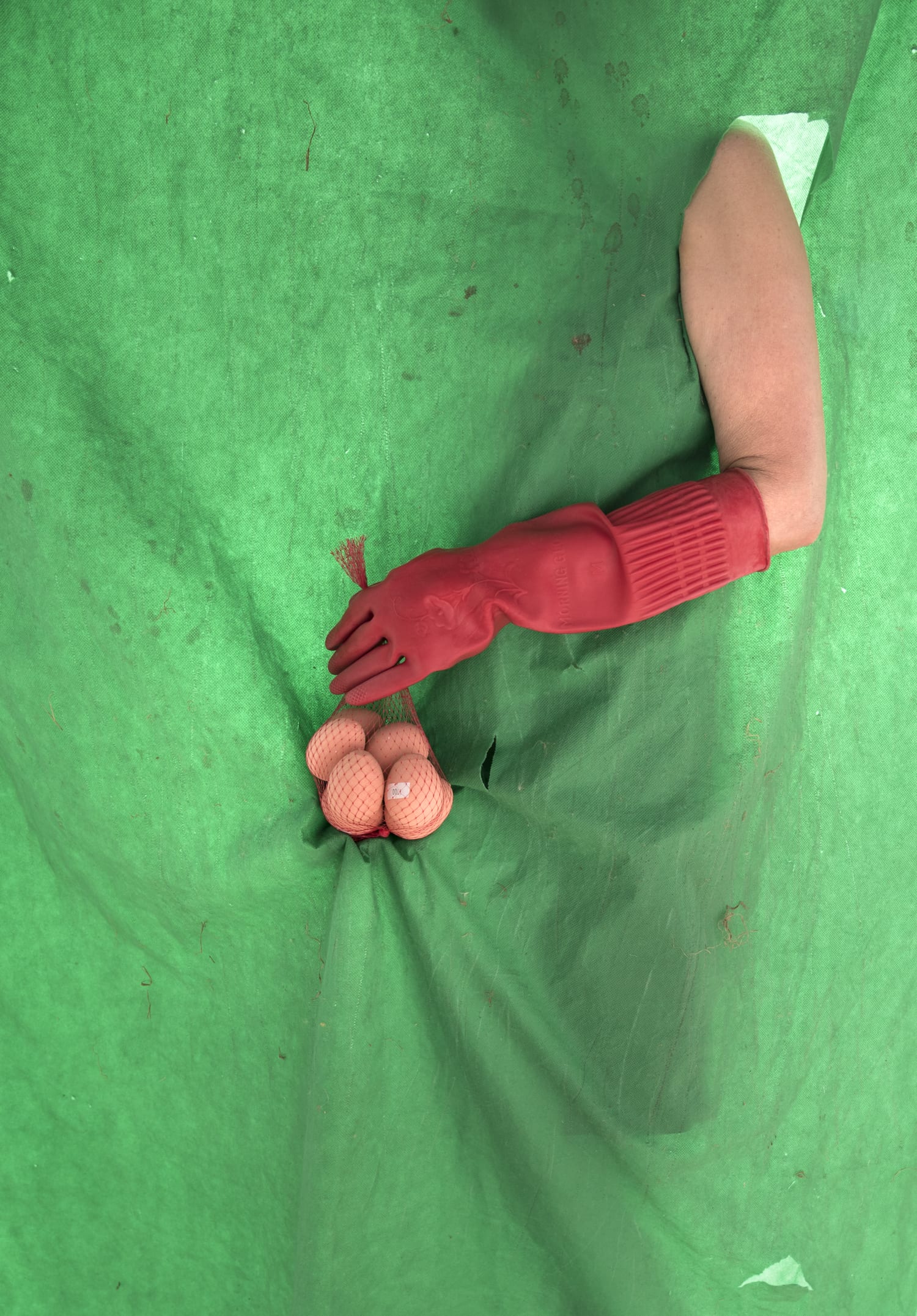 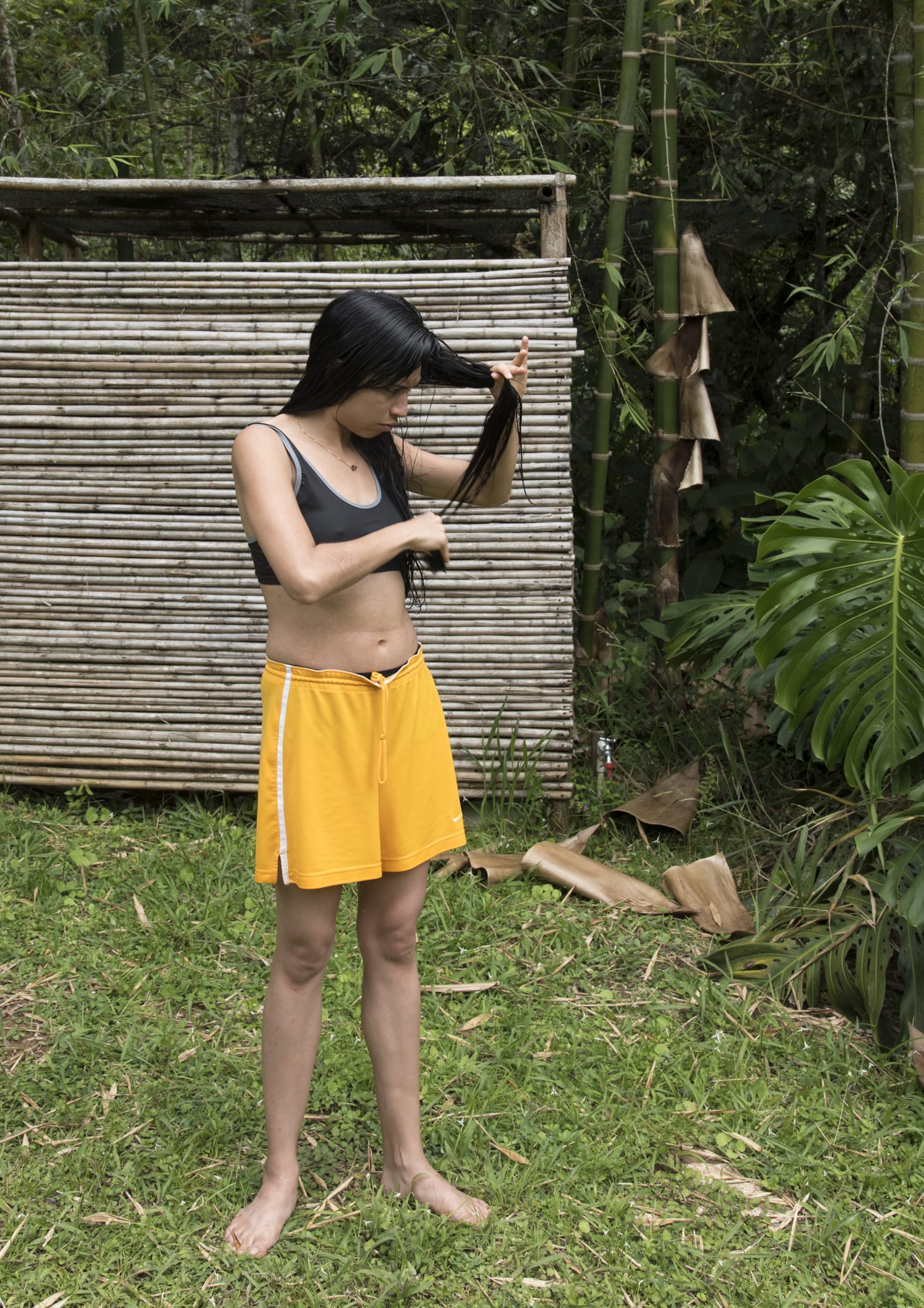 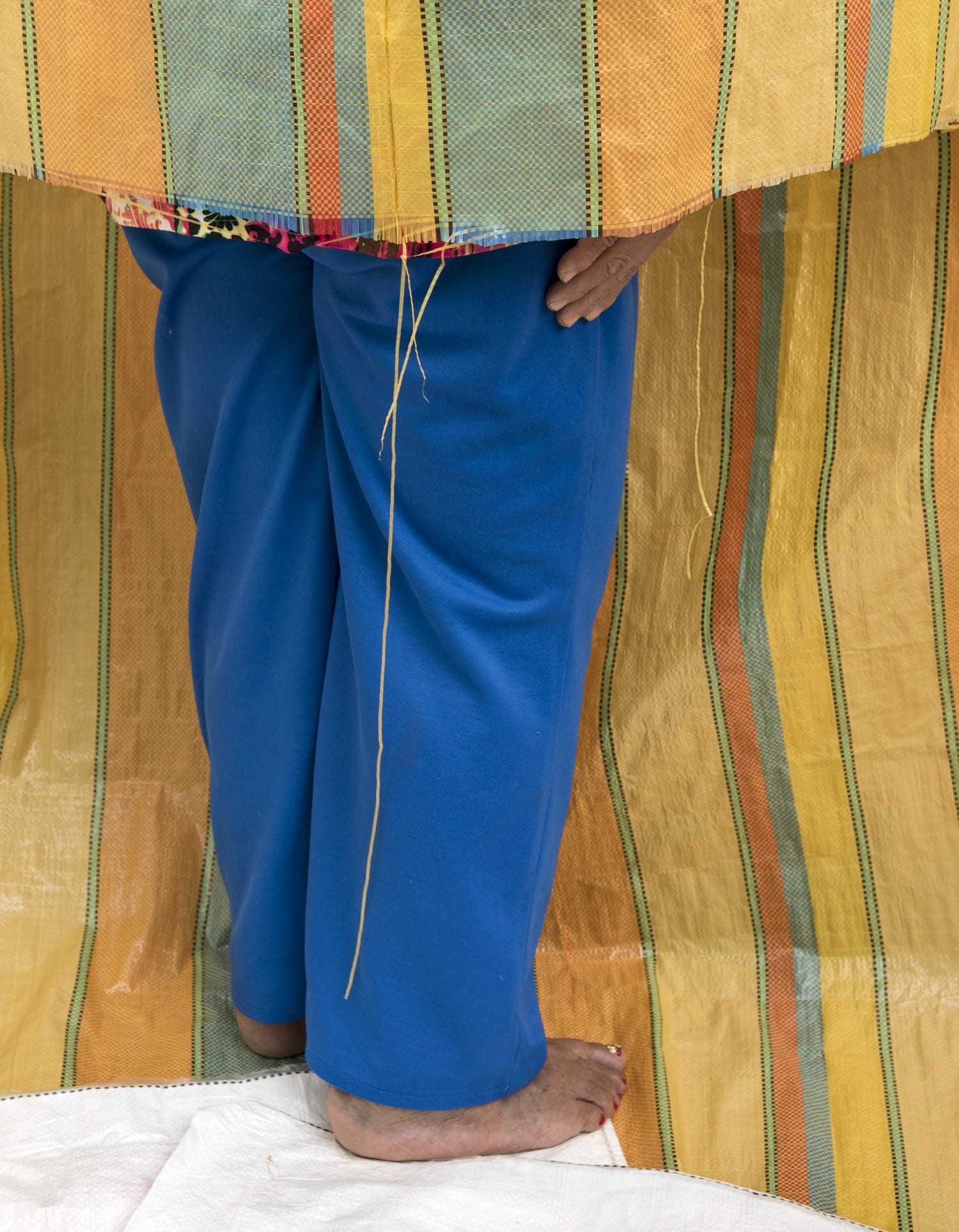 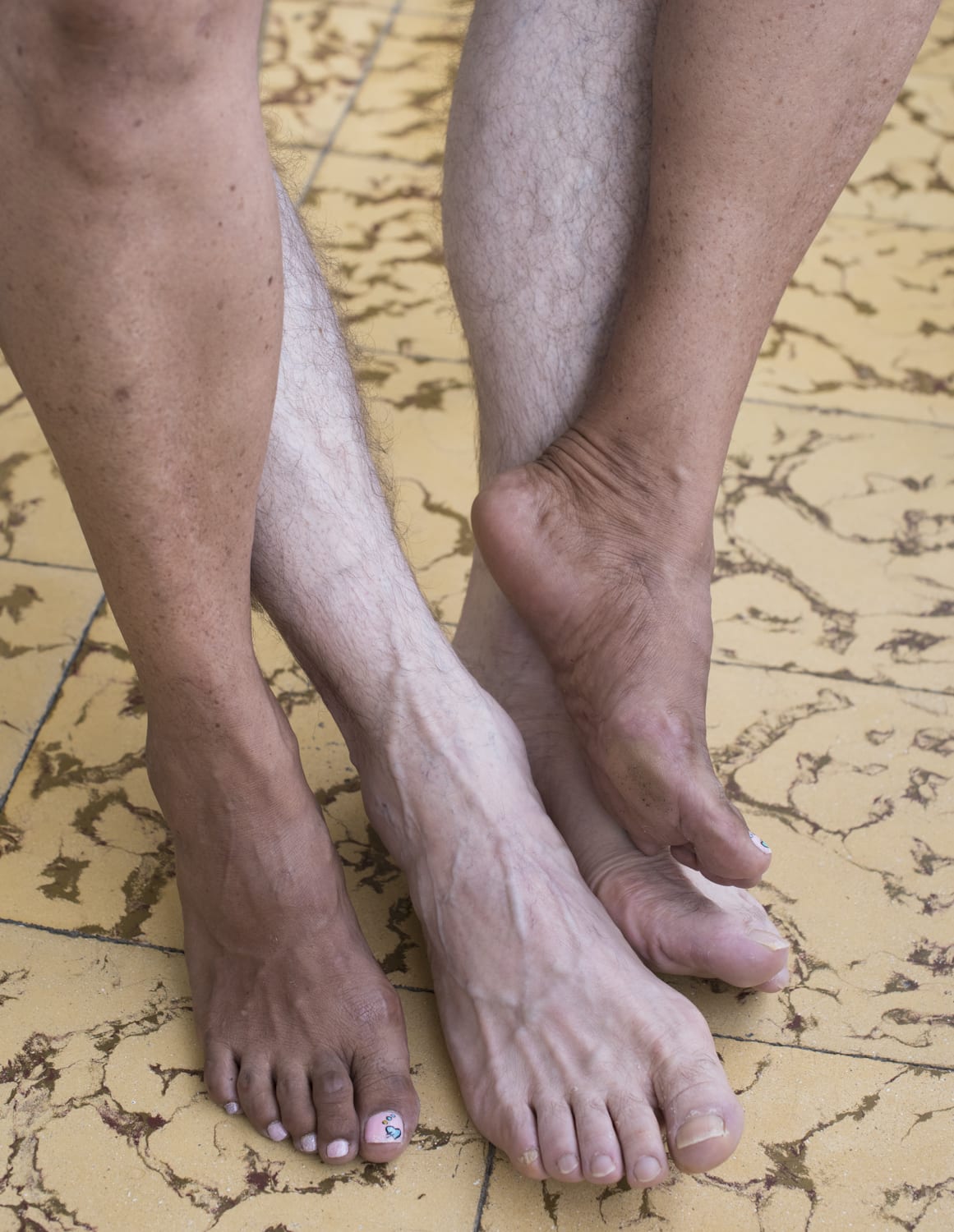 “The New World,” as a designation for the Americas, originated in sixteenth-century Europe  during the so-called age of discovery. Four centuries later, the term still evokes a combination of idealistic optimism and strategic exploitation. Cristina Velasquez questions this legacy from the perspective of her native Colombia. Deploying the concept of mestizaje, or the mixing of different ethnicities and cultures, Velasquez combines photography (a new medium) with weaving (an ancient method).  Neither is privileged: weaving lends texture and dimension to photography, and photography adds representational detail to weaving. Velasquez produces objects that are overtly manual in origin, asking the viewer to think about labor—her own, and also that of Latin American people across the history of colonialism—as her true subject. Rather than illustrating working bodies in a conventionally documentary way, Velasquez frequently depicts isolated limbs in stylized, almost sculptural arrangements.  These photographs are collaborative stagings of bodies in landscapes. In another form of mestizaje, they blend categories of genre and tone. Serious in intent and exacting in terms of craftsmanship, Velasquez’s “New World” is also animated by a sense of absurdity and joyous color. The artist’s approach is not didactic or propagandistic, but delivers its social and historic message via performance, engaging the viewer in the game of questioning, revision, and revelation.

Britt Salvesen joined the Los Angeles County Museum of Art (LACMA) in 2009 as curator and head of the Wallis Annenberg Photography Department and the Prints and Drawings Department. Previously, she was director and chief curator at the Center for Creative Photography (CCP), at the University of Arizona. Salvesen received her Master’s Degree from the Courtauld Institute of Art, London, and her PhD from the University of Chicago. Her exhibitions at LACMA include New Topographics (2009); Catherine Opie: Figure and Landscape (2010); Robert Mapplethorpe: XYZ (2012); Under the Mexican Sky: Gabriel Figueroa—Art and Film (2013); See the Light: Photography, Perception, Cognition (2013); Haunted Screens: German Cinema in the 1920s (2014); Robert Mapplethorpe: The Perfect Medium (2016), winner, with Paul Martineau, of a Lucie Award and a Global Fine Art Award; and Guillermo del Toro: At Home with Monsters (2016). In 2016, Salvesen was named one of the year’s most influential curators by Artsy and received an award for curator of the year from the Los Angeles Art Show. She is also a co-organizer of the UCLA/LACMA annual conference “Art, Neuroscience, and Psychiatry.” Her latest exhibition and catalogue is 3D: Double Vision, on view at LACMA from July 15, 2018, through March 31, 2019.

Established in 1998, The Carol Crow Memorial Fellowship was made possible through generous donations in memory of Ms. Crow from both her family and her friends. Each year, the Fellowship provides a $3,000 honorarium along with an exhibition in HCP’s galleries for one photographer residing within a 100-mile radius of Houston.