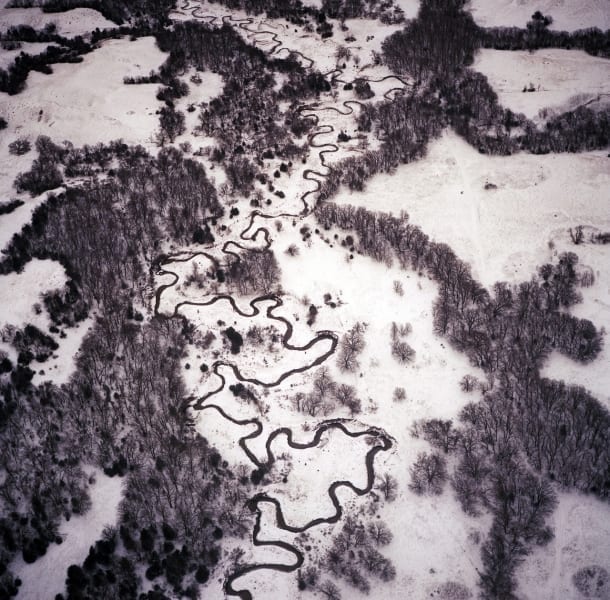 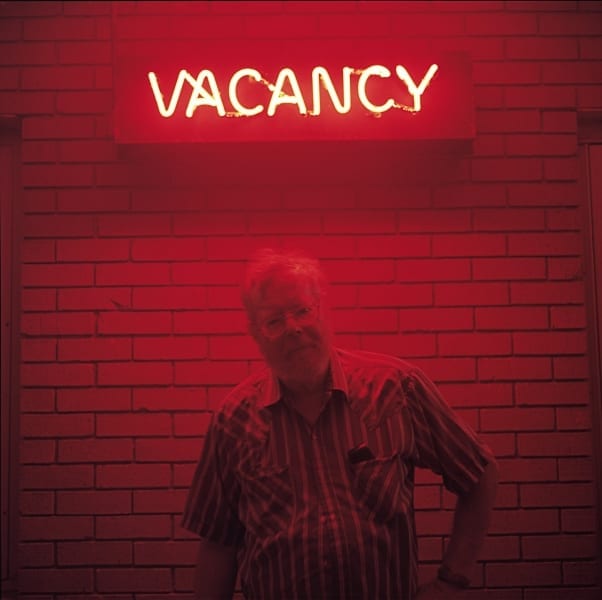 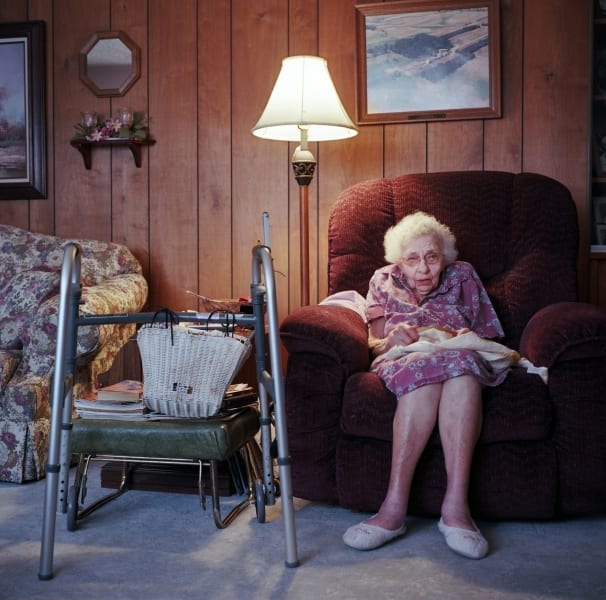 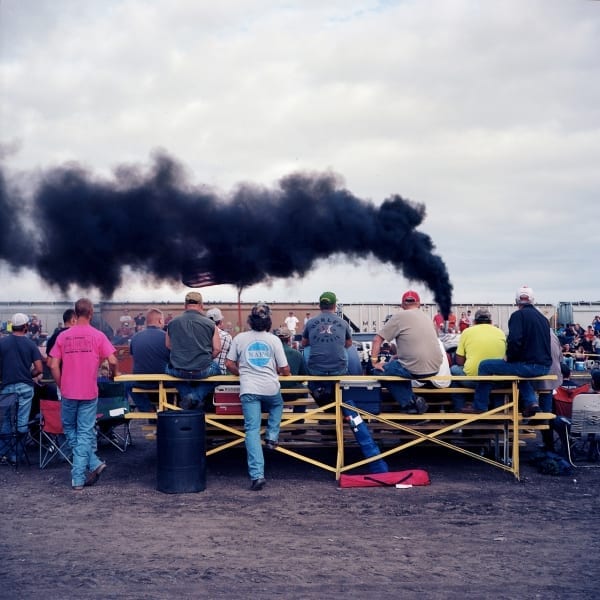 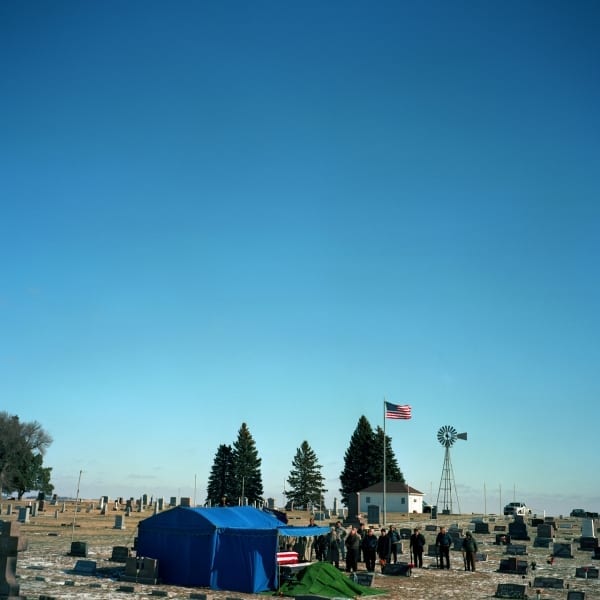 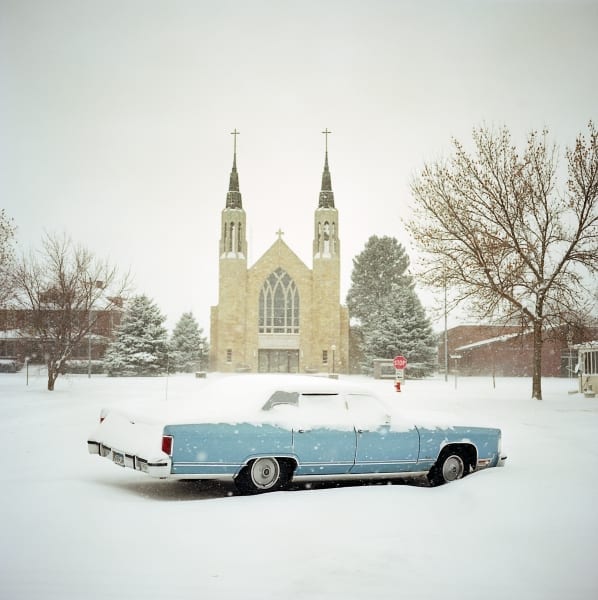 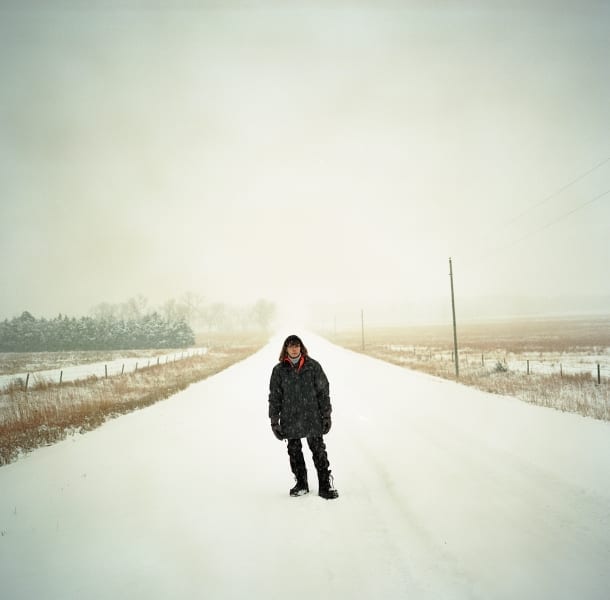 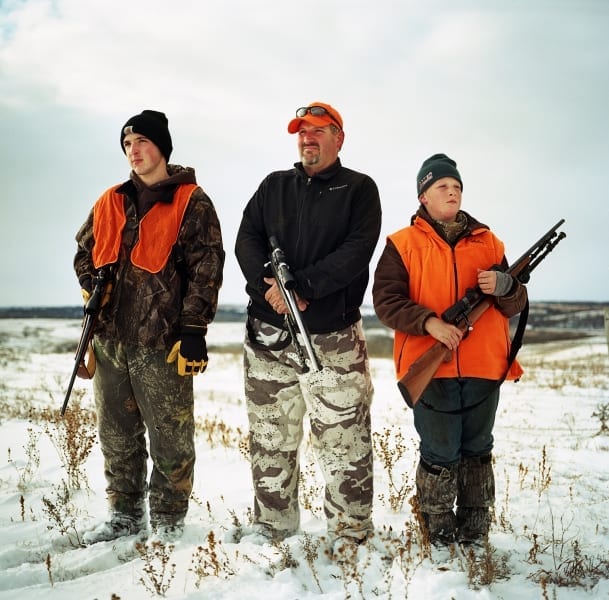 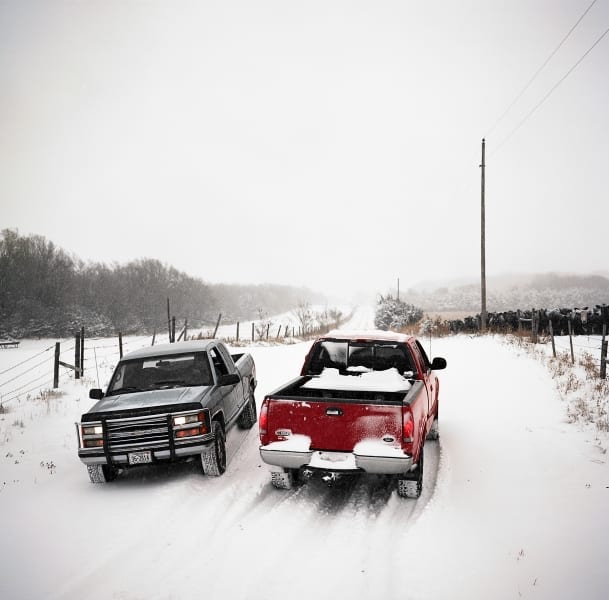 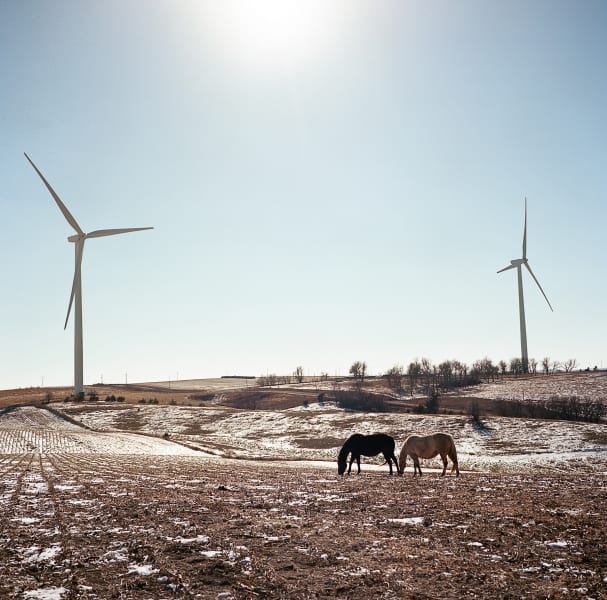 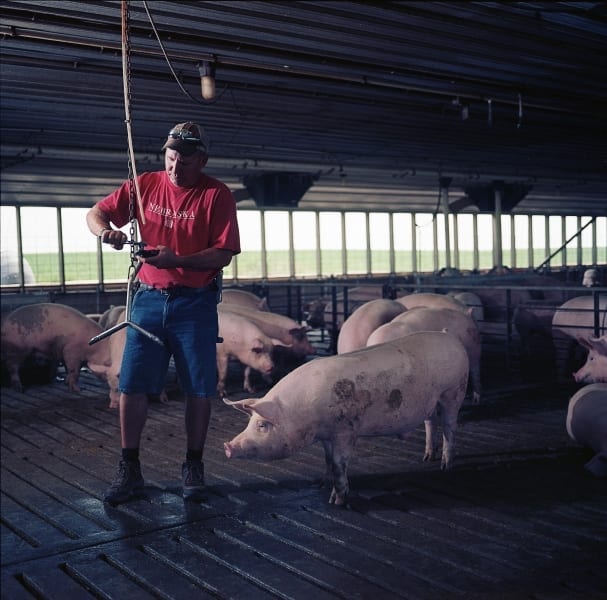 In the path of the Keystone XL pipeline are the hard working, all-American, down-to-earth, real people of Nebraska. Eric Kayne photographs these people and their farms and communities with an eye for composition and aesthetics. His images weave color and form into a narrative that entices the viewer and furthers the story of Nebraskans’ singular resistance to the pipeline.

Kayne’s beautiful images of dormant acreage make clear why devoted farmers would be alarmed that the pipeline could jeopardize America’s food security. His striking pictures of the twisting, turning rivers that thread their way through pastures elucidates ranchers’ feelings that they are stewards of hallowed land. Portraits of normal-looking, middle-income people show that it must not be easy to resist the added income the pipeline would bring, but the vibrant red, white and blue that punctuates these photographs suggests that these landowners are making a moral choice.

Eric Kayne could have rested on his skill as an editorial and commercial photographer to document the story of the Keystone XL pipeline. Instead, he used his education as a visual artist to evoke emotion, and through emotion, concern for the people of Nebraska, who feel it is their responsibility to protect the water supply from the benefits of short-term gains and defend the land for long-term use.

In The Pipeline’s Path

In recent years, the Keystone XL pipeline has become a point of political contention and a symbol of many, and often contradictory, things: both corporate greed and job creation; energy independence and a disaster waiting to happen. Reading stories about it, I heard plenty from the adversaries on both sides – the oil producers and the environmentalists – but I wasn’t hearing enough from the people who lived directly in the path of the proposed pipeline. I wanted to photograph these people and tell their stories.

I spent a week last November photographing Nebraskans who were opposed to the pipeline from crossing their property. In July, I went back to photograph people who did sign easements and would let the pipeline cross their property (the summer photos are still being edited and will be added to the project soon.)

The ranchers and farmers I spoke with talked about being stewards of the land, not just for their own families and the generations before them, but stewards of the environment and of America’s food security. They feel there is nothing good about the pipeline. It can be bought and sold long after it is put into the ground; it could even be sold to a foreign country. It would be filled with a sandy, corrosive substance that can abrade and degrade the inside of a pipeline, causing a spill. Tar sands contain benzene, a suspected carcinogen that sinks in water. The pipeline would cross the Ogallala Aquifer—one of the world’s largest—and any leak would threaten to pollute this precious resource.

Among the ranchers and farmers who did sign easements, the attitude was that the pipeline was like any other financial decision that affects their business. Farming and ranching is very expensive, and the extra income was a welcome addition to their volatile bottom lines.

My motivation was to make compelling images of those who live in the pipeline’s path. TransCanada, the pipeline builder, has deep pockets and even has a polished corporate website featuring photos and video of happy landowners who sold easements to the company. My hope is that my photo essay, in some way, helps to balance out the issue, giving voice to those still fighting on their own for a different pathway, both for this project and for our collective environmental future.