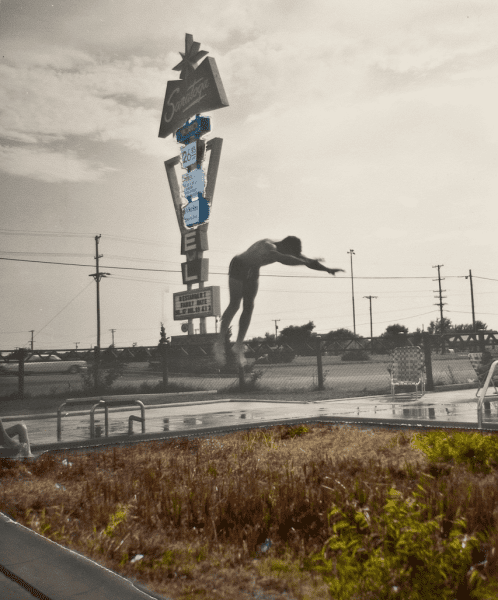 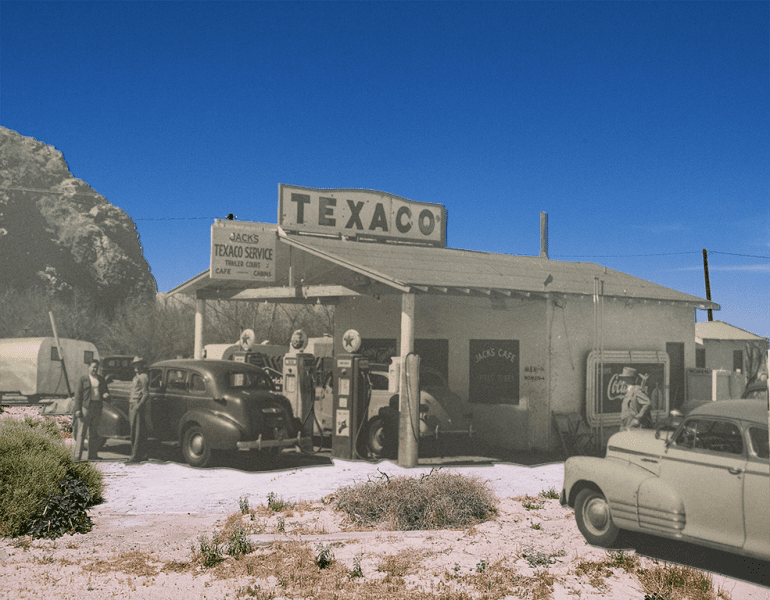 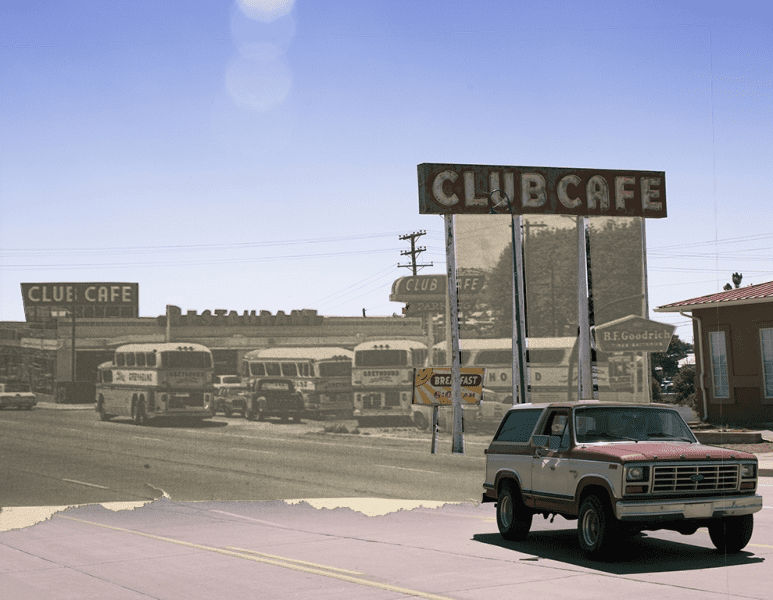 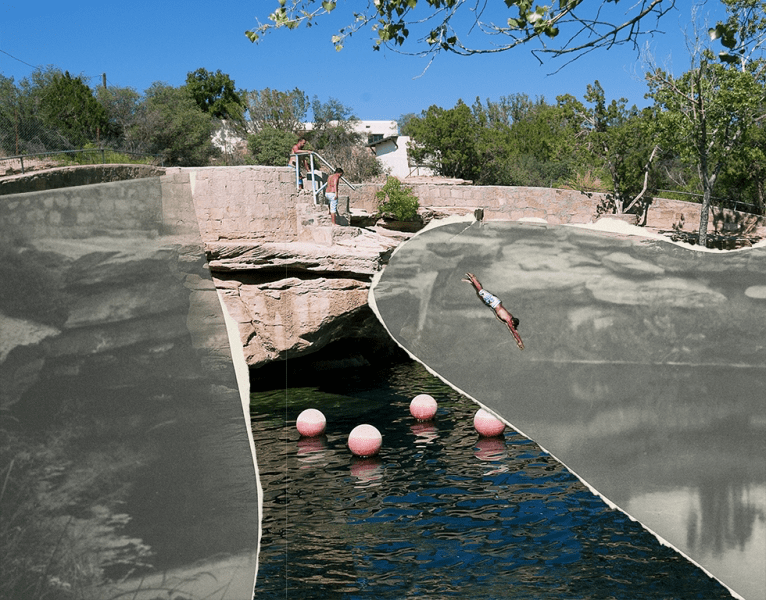 Mother Road Revisited is a project conceived by photographer Natalie Slater which celebrates the history of Route 66. The project consists of nearly 100 photographs taken in the 1950s which Natalie has paired with photographs she shot along the modern day Route 66, many taken as she traveled the route in her revamped 1964 Shasta. Part of her process is finding the exact location where each historic photograph was taken and setting up her own shot from the same vantage point. Natalie then studies the differences between the old photograph and her view before she combines the two pictures into a single image that shows both the new parts and vintage aspects of the scene. The resulting collage dramatizes the transformations that have shaped the route over the years: once oneway streets now show two-way traffic, and swimming pools brimming with guests have given way to abandoned lots.

After photographing each vintage image Natalie placed a historical plaque that displays a QR Code specific to the location of the photo. The viewer can scan that QR Code with their phone in order to see the vintage image of the scene in front of them. This addition to the project causes the experience to become an interactive history lesson of Route 66. The hope is that this project will help show what America has done to its once booming American symbol, the “Mother Road.”