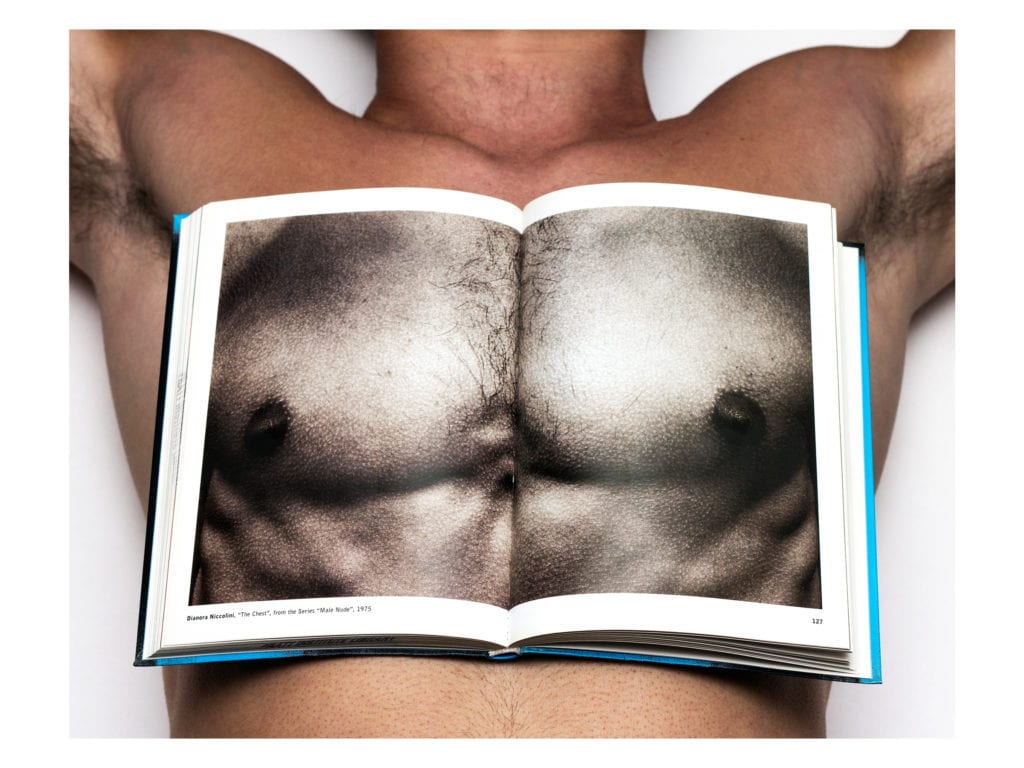 “Inspired by a found polaroid of a nude stranger, and a book titled The Manual of Nude Photography, I present a new manual, a how-to, an archive, on ‘the nude photograph’. By applying old and new photographic techniques in combination with old and new technologies I exhibit the possibilities of light, color, and medium. By incorporating illustrations of lighting diagrams, storyboards, and picture making tools I explore the various ways the nude photograph has been made, continues to be made, and will be made in the future. By including a broader spectrum of race, color, and gender identity I produce a discourse on how the nude has and continues to function within the realms of nude photography. Since it’s manifestation as my thesis in 2015 at Pratt Art School, I have photographed friends, acquaintances, and strangers. The New Manual of Nude Photography is an ongoing project that represents both, the act of photographing, and the nude within photography.” -Arturo Olmos

Arturo Olmos (b.1991) Mexican-American
A son of migrant farm workers, Arturo Olmos was born in Homestead, Florida. He later moved to Houston, Texas where his interest in photography began. During his early education, he joined a school program where he learned to use video editing software and professional cameras. During this time, Olmos traveled to New York City where he visited a number of universities which furthered his interest in an education in photography. After graduating from an early-college high school partnered with Houston Community College in 2010, he attended Pratt Art School in New York where he received a Bachelor of Arts in Photography in 2015. Olmos lives and works between New York City and Houston, Texas, as an editorial and advertising photographer where he photographs portraits and still life for clients such as Nike, Vayner Media, Popular Mechanics, Isabel Marant, Harvard Business Review, Pentagram Design, Brooklyn Public Library, among others. Olmos received the American Photography Award in the years 2016, 2018, & 2019 for both Portrait work as well as an image from The New Manual of Nude Photography. Within his personal artistic practice, Olmos is currently pursuing the ongoing project The New Manual of Nude Photography, which is presented through a series of exhibitions and the upcoming publication The New Manual of Nude Photography.