Online Exhibition: William Miller We Travel To And Shall Be Lost In Always 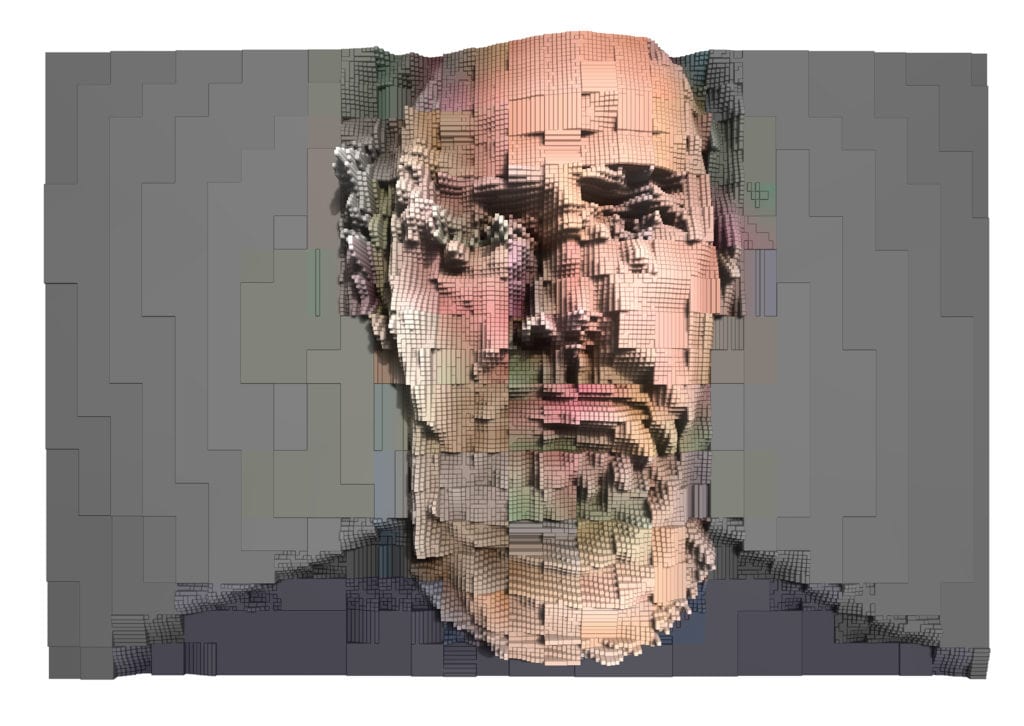 “Eight years ago, when I was 40 years-old I found out that I had Huntington’s disease, an inherited neurodegenerative disease that causes the progressive breakdown of nerve cells in the brain. There’s no treatment and no cure and it’s ultimately fatal. For this project, We Travel To And Shall Be Lost In Always, I’ve been using video, sculptures, photography and performance to highlight my personal experience with this disease that, for now, affects my short-term memory but leads towards the slow undoing of myself as a collection of memories and experiences. I’m drawing relationships between my failing memory and the crisis of the deterioration of digital media and storage known as “bit rot” as well as fallibility corruptibility of digital files, especially jpgs. Digital storage represents a contradictory space of seemingly inexhaustible memory, documentation, memorialization, but also one that’s entirely intangible and in constant danger of decay, corruption and obsolescence. And so it is with human memory, especially one compromised by illness. There are compelling similarities between digital memory and human memory which is itself, notoriously unreliable. Human memory is affected on a physical level not only at the point of creation but also during recollection. Every time we remember something that memory is altered. The brain reencodes the memory in relation to the circumstances in which it was recalled. Digital files too are affected by their observation and transformed by mere use. Boris Groys said, “The biological metaphor says it all: Not only life, which is notorious in this respect but also technology, which supposedly opposes nature, has become the medium of non-identical reproduction.” -William Miller

William Miller (American, b.1969) is an artist from New York City. He received an MFA in the Photography Video and Related Media program at the School of Visual Arts in New York. He also received a BA for photography at Bard College, Annandale-On-Hudson. He has exhibited work at Aperture Foundation, Center of Photography at Woodstock, and the NEoN Digital Arts Festival in Dundee, Scotland, won the Celeste prize for photography and participated at the Wassaic Artist residency family Program in 2018 and the NARS Foundation residency program.