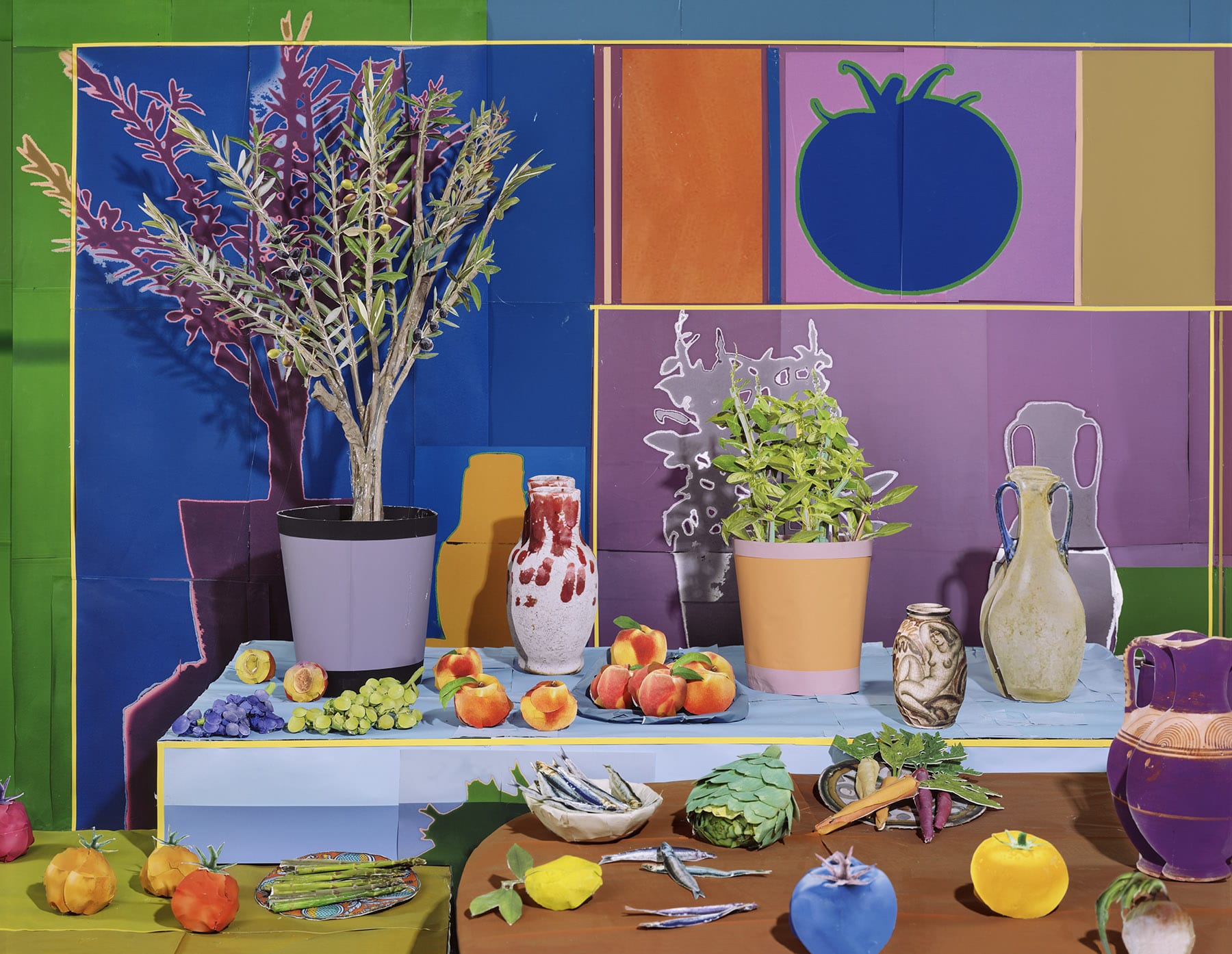 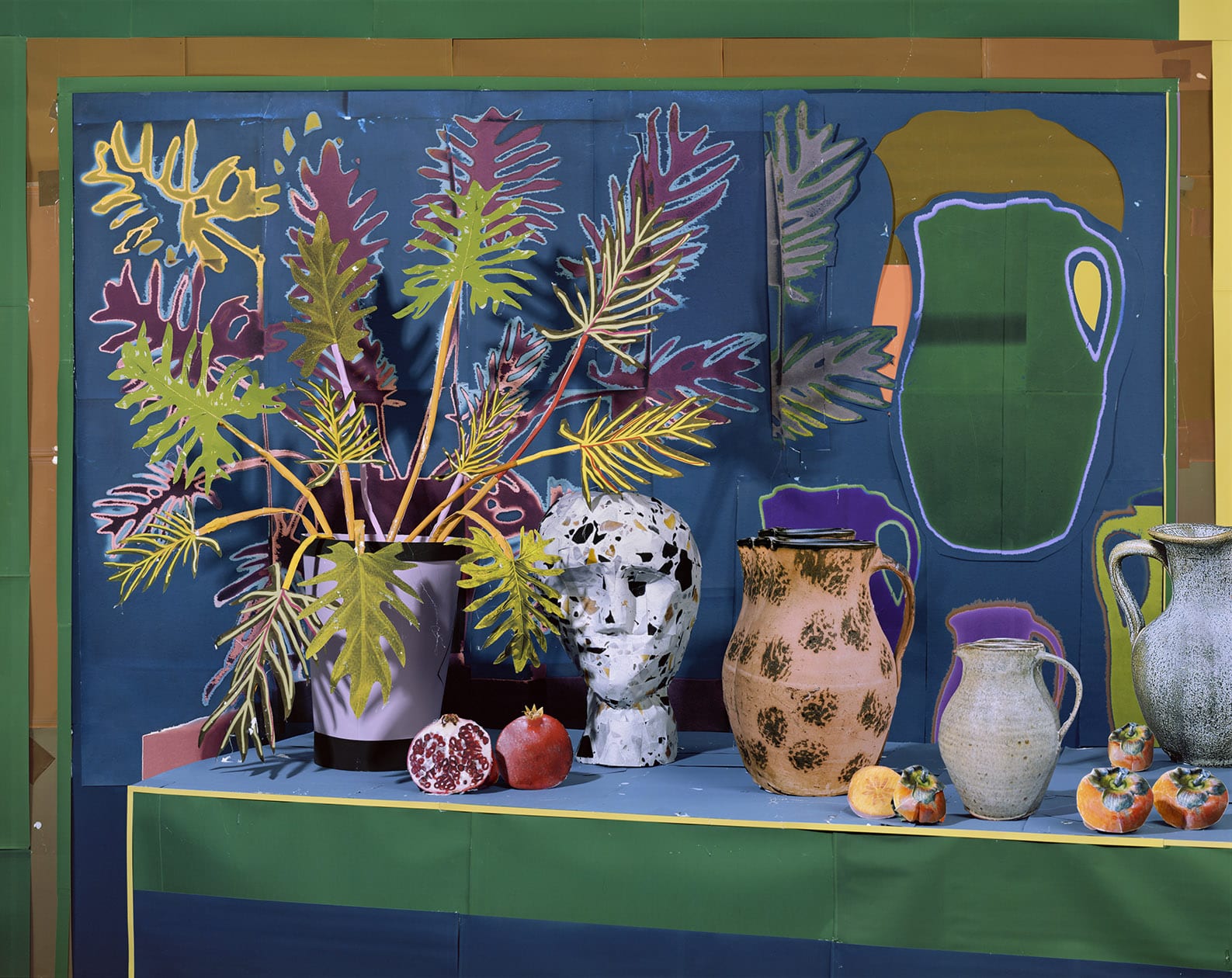 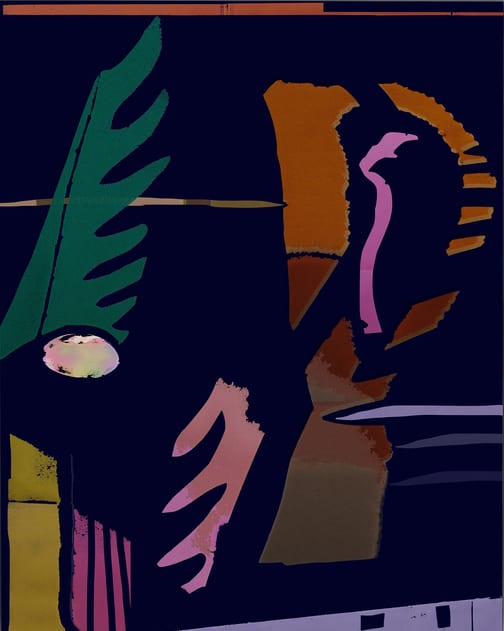 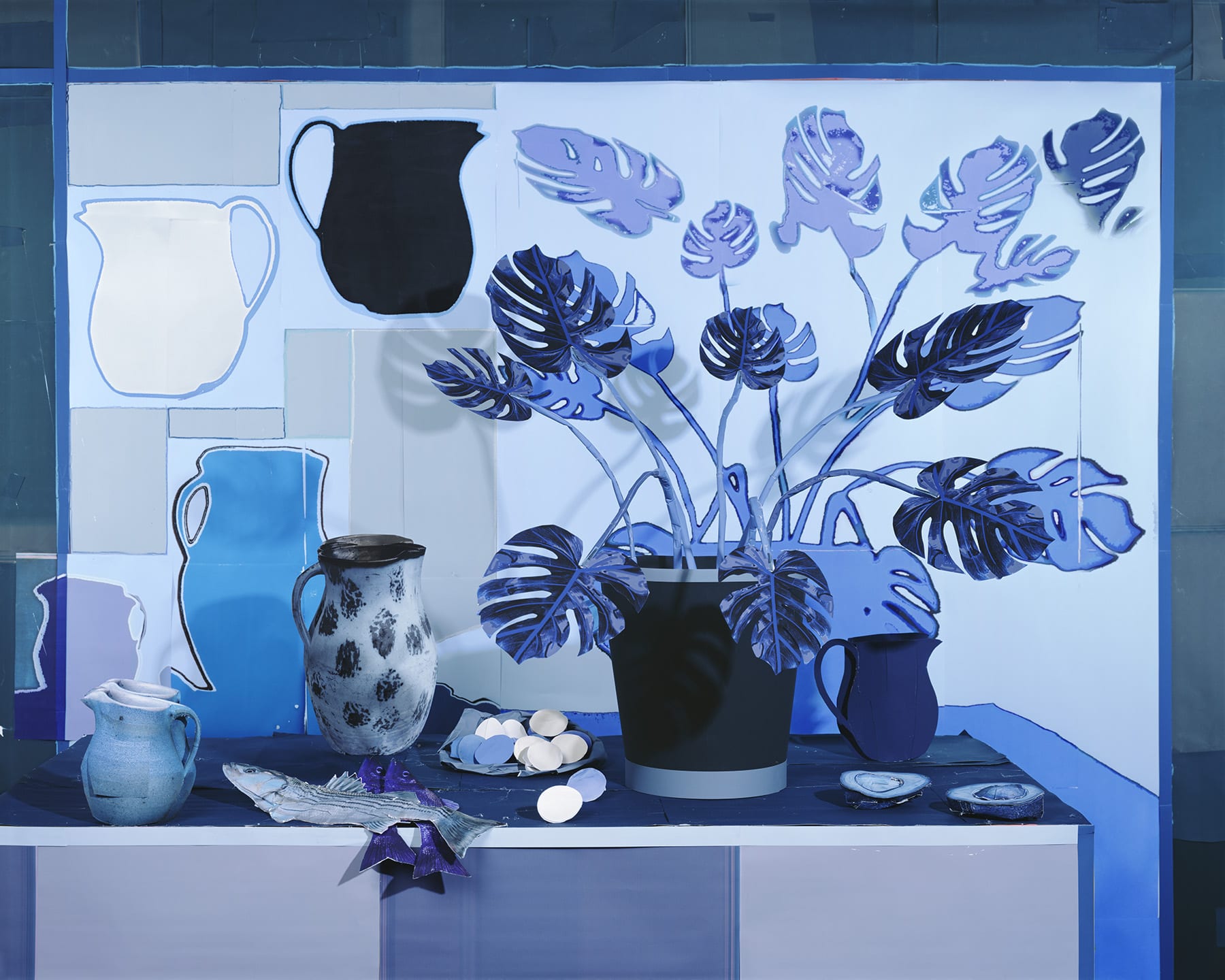 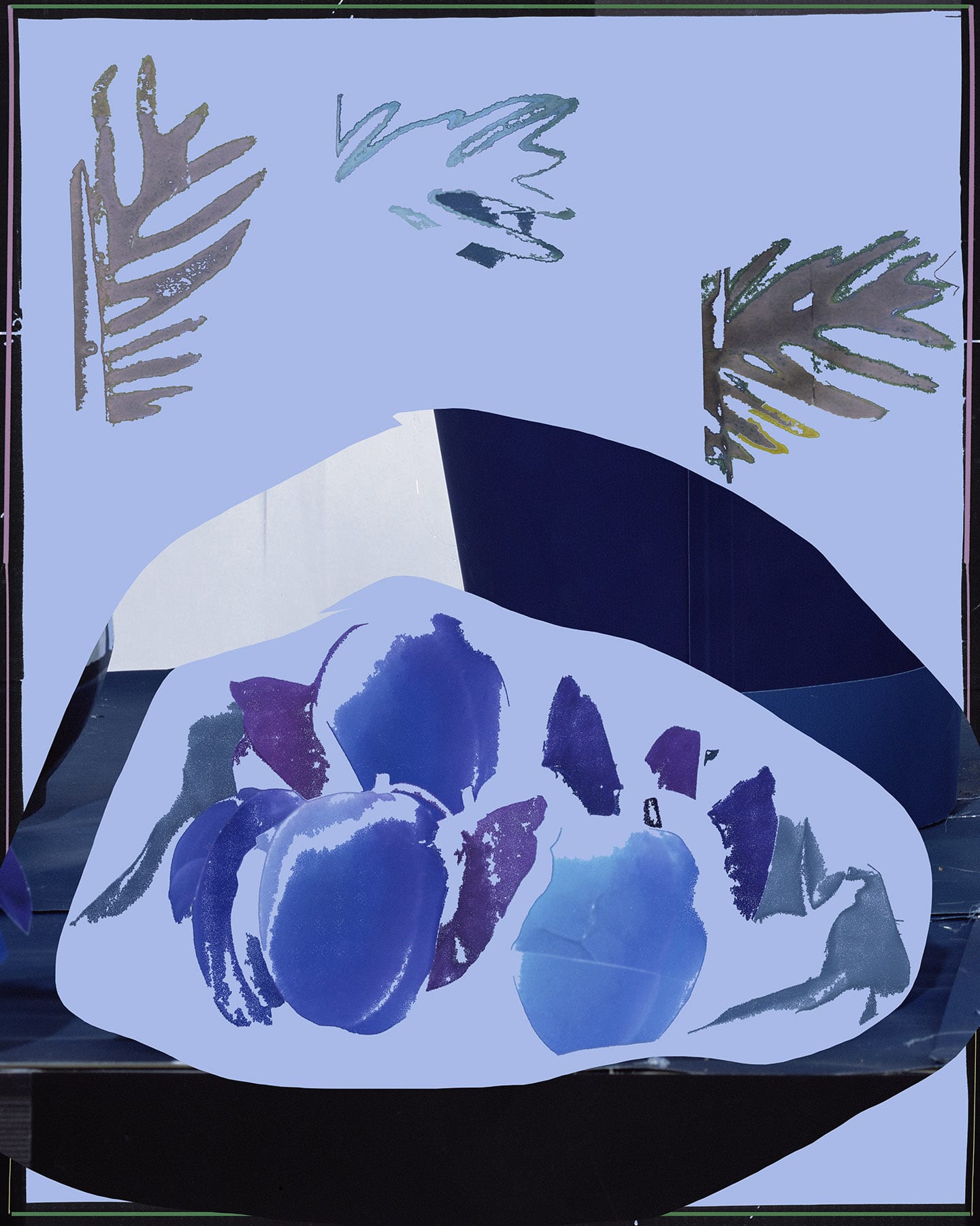 Hue and Saturate brings together 11 works from New York-based artist, Daniel Gordon, for his first solo exhibition in Houston. Often described in the style of Matisse’s cut-outs or Cezanne’s still lifes, Gordon’s work uses shape, color, and size to playfully disrupt our ideas about medium-specificity, artifice, and photography in the age of the internet. Born in 1980, Gordon is squarely positioned in a pre and post-internet world. His tableaus break down classical objects found in still lifes into constructed forms and in some cases trace references, shadows, and pixels of flora, fauna, produce, and tableware. This emphasis on the digital construction of the image has a hide-and-seek characteristic throughout this show, alternating between explicitly revealing itself and tucking itself into painterly compositions of paper objects. While Matisse or Cezanne’s work might refer more to the shift from objective to subjective perception through the construction of the painted form, Gordon’s use of pattern, repetition and digital imaging illustrates the deconstruction and reconstitution of form from one reality or plane to another.

Gordon uses a large-format camera to capture these complex table scenes created from the artist’s collaged paper sculptures, which are sourced from found imagery from the internet and are often further manipulated in post-production. Through an integration of digital and analog material, these works orient the viewer to a very contemporary perspective on the world that is distinctly interdisciplinary, straddling the virtual world and the physical world we live in through the ultimate machine of verisimilitude – the camera. The results are large-scale, photographic pieces that dissolve the borders between photography, painting, collage, printmaking, and sculpture as well as the distinction between our lived, physical experiences and our digital, cerebral ones. This conflation of mediums and realities articulates a new visual repertoire, one which not only celebrates the internet and appropriation, but also works to push our perception of truth to its maximum, it’s saturation point—a realm where our distinction between reality and artifice, process and product, and virtual and physical becomes full of new possibilities.

He is the author of six photobooks and has been highlighted in several international publications including: The New York Times, The New Yorker, Art Review, Frieze, Architectural Digest, New York Magazine, W Magazine, Art in America, Modern Painters, PHOTONEWS, Dazed & Confused, Art in America, and Flash Art. His work resides in the collections of the Museum of Modern Art, New York, The Guggenheim, New York, Pier 24, San Francisco, Foam Museum, Amsterdam, and the VandenBroek Foundation, Lisse, NL.  He is the co-director of Downstairs Projects in Brooklyn where lives and works.